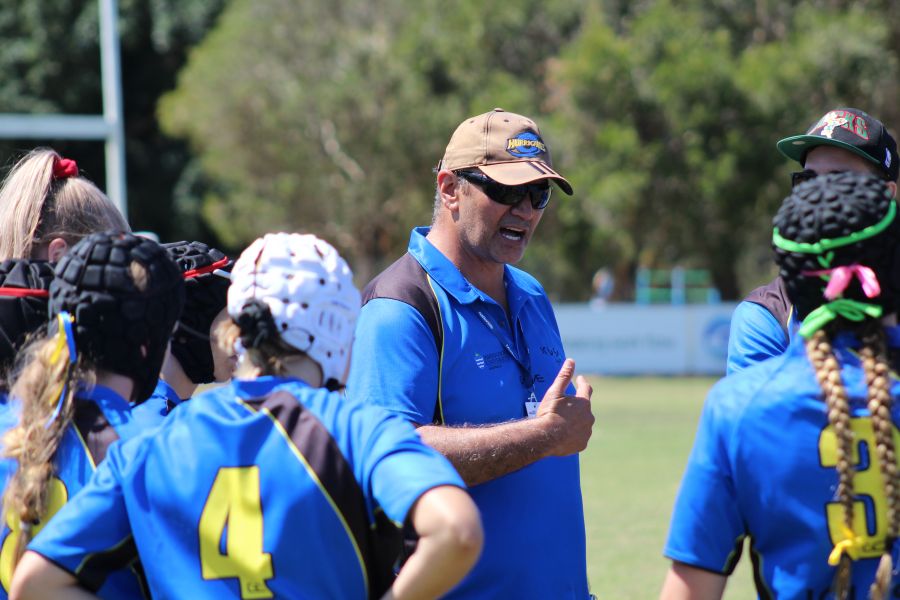 JCUSA Sport are happy to announce that Campbell Yates will return as the JCU women’s rugby 7s coach for 2020.

This will be Campbell Yates third season as the JCU Women’s rugby 7s coach.  Campbell has coached the side at UniSport Nationals Div 1 and the Uni v Army event over the past two years.  In 2019, Campbell also coached the side at the Hughenden 7s competition and helped create along with JCUSA Sport a JCU Women’s Rugby 7s Carnival in August last year which featured teams from outside the Townsville region.  Outside of the JCU team, Campbell also coached the Townsville Brolgas women’s team where the team travelled to South-East Queensland as well as leading the JCU Rugby Union Club to the grand final of the local Townsville Rugby Union Competition in 2019.

“I am looking forward to coaching the women’s rugby 7s side again in 2020” Campbell Yates said.

“I was very pleased with how we have created a team culture around our women’s rugby 7s team by creating a JCU 7s carnival as well as competing in the Hughenden 7s so the side can compete all year round.  We will be looking to improve on the team again in 2020 with the aim to win a medal at Nationals”.

One of Campbell’s best achievements with the JCU side was coaching the side to a Bronze Medal at UniSport Nationals Div 1 in 2018.

JCUSA Sport and Recreation Manager Teisha Condie is delighted to see the return of Campbell to the women’s rugby 7s side.

“We have seen how much Campbell has invested into the women’s rugby 7s side.  You can see the passion he has for women’s rugby in the region as well as the passion for the sport within the university.  We are excited to have Campbell back on board in 2020”.

The women’s rugby 7s team will be competing at UniSport Nationals Div 1 and Div 2 in Perth from September 27 – October 2.

Campbell’s announcement also comes days after the announcement that both Brady Smith and Jenn Hamilton will return as the women’s netball coaches.

If you have any questions or would like more information, feel free to email [email protected].