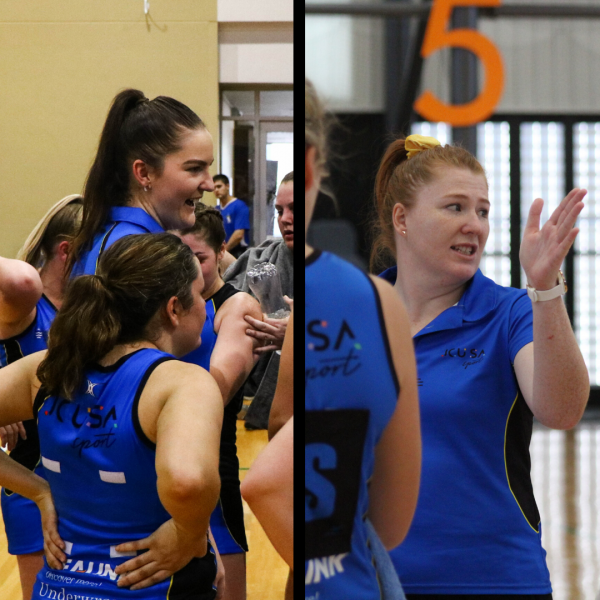 JCUSA Sport are delighted to announce that Brady Smith and Jenn Hamilton will return as coaches of the JCU Netball team for 2021.

The JCU Alumni returned to JCUSA Sport in 2019 to coach the netball side at UniSport Nationals where the team won a Gold Medal at Nationals Div 2 beating La Trobe University in the final.  The team also continued their winning streak in the annual Uni v Army clash winning the competition for the ninth straight year.  The both of them were on board in 2020 to coach the team at Nationals Div 1 & Div 2 before the event was cancelled due to COVID-19.

The pair look forward to leading the charge once again in 2021.

“We are excited to be involved with the JCU team once again this year.  We saw significant progress in the team in 2019 and there is potential for the team to do better in 2021,” Brady Smith said.

“Being part of the JCU side that won gold in 2019 at Nationals (Div 2) was very special.  There are talented netballers who are attending JCU and we want to build on what we have achieved so far,” Jenn Hamilton said.

Along with coaching the JCU side, the pair have extensive experience in netball both as player and as a coach throughout North Queensland and within the university.

JCUSA Sport and Recreation Manager Jason Conn is excited to have Brady and Jenn back on board in 2021.

“One of the biggest highlights of JCUSA Sport in 2019 was no doubt our women’s netball team success at Nationals.  To have both Brady and Jenn return to the team this year is key to JCUs development in netball and university’s success at UniSport Nationals.  We are looking to take netball at the university to the next level”.

The women’s netball team will be competing at UniSport Nationals Div 1 and Div 2 on the Gold Coast from September 26 – October 1.

JCU are also looking for students to compete in the mixed competition at Nationals Div 1 and Div 2.

If you have any questions or would like more information, feel free to email [email protected].