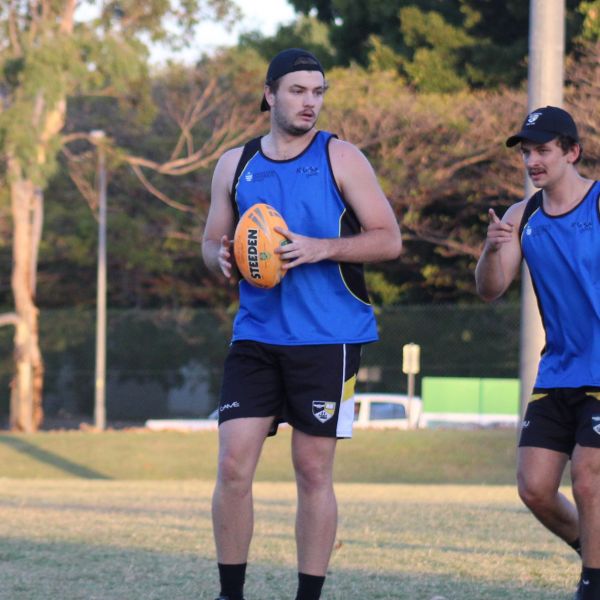 Max is a JCU Alumni who throughout his degree was heavily involved in JCUSA Sport & Recreation programs including Fisher Shield, Interfaculty Sport and Uni v Army.

Max is excited at the opportunity to be involved with the mixed touch football team.

“I am looking forward to being part of the JCU Mixed Touch Football team” Max Johnston said.

“When I was approached to coach the team, I thought this was a great opportunity.  I am passionate about touch football and know that there are talented players here at JCU.  Playing in the Fisher Shield Touch Carnival was always the one sport everyone looked forward to playing due to the high standard of the competition”.

JCUSA Sport and Recreation Manager Jason Conn has welcomed Max into the side.

“Since starting at JCUSA Sport & Recreation, I have always seen Max around touch football here at JCU.  Max brings the same passion to touch football regardless of the program”.

“We know a lot of students respect Max while he studied at JCU and we feel that his presence will attract more competitive students to compete at Nationals this year for the first time since 2017”.

The mixed touch football team will be competing at UniSport Nationals Div 1 and Div 2 on the Gold Coast from September 26 – October 2.

If you are interested in competing mixed touch football or another competition, click on the following link HERE for more information as well as expressing your interest to compete.

If you have any questions or would like more information, feel free to email [email protected]